Gone Fishing for the 10 Best Fish for Sushi | SUSHI TIMES

While I am unfortunately neither a top-tier sushi chef, nor a sushi expert, I like to think of myself as a top-notch foodie and passionate sushi consumer. And when I address sushi, I predominantly refer to raw fish (like my favorite, nigiri) not the mysterious imitation crab found in the immensely popular California roll.

No, I’m talking about the items on overwhelmingly dense sushi menus denoted by asterisks, indicating that they *contain raw fish. But what is the best fish for sushi? I did some research, and here is my o-fish-al list of the 10 best fish for sushi. 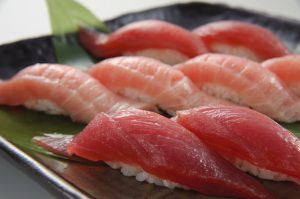 Bluefin tuna sits at the top of the list as one of the most prized fish in Japan (a.k.a. O.G. sushi land) – so much so that only 20% of them are consumed outside of the country!

Sushi chefs prepare three different cuts of the fish: akami, chu-toro and o-toro, and they love it because of its heavenly rich flavor. However, its popularity has led to overfishing, and the bluefin tuna species is now classified as endangered. While one of the best fish for sushi, eating an endangered species is not cool. Can’t catch em’ all. 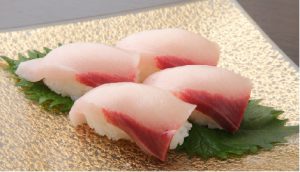 Japanese Amberjack, also known as yellowtail, is beloved by many sushi chefs for its high fat content. Prepared either cooked in a roll or raw as nigiri, this fish packs a unique combination of flavors due to its fat marbling. Referred to as spicy, salty, and rich, yellowtail is a sushi chef’s gill-ty pleasure. 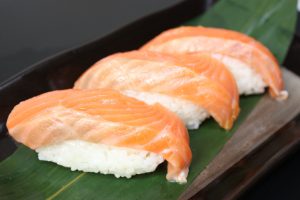 The classic salmon, or shake, is a sushi fan favorite. So much so that salmon can be found in almost every sushi restaurant, both in Japan and the United States. In addition to its tasteful freshness, the salmon’s distinctive peachy color adds to its overall visual appeal (and Instagram aesthetic).

As if it couldn’t get any better, salmon contains healthful omega-3 fatty acids that our bodies can’t produce on their own. Salmon says, order the salmon. 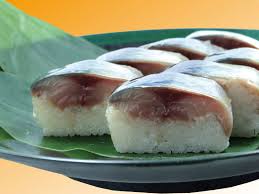 Another fish packed with omega-3’s, mackerel elicits a potent fishy flavor that is generally more attractive to the Japanese than to us sushi-rookie Westerners.

As a versatile fish, four different types of mackerel are prepared and served – one of them being saba, which is cured for hours with vinegar and salt. Holy mackerel, you gotta try this fish. 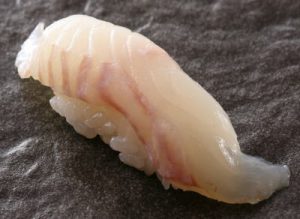 Halibut, a light and airy fish, is one of my personal favorites. Prepared by being chilled in a fridge for hours, or through kobujime, a curious combination of grilling and ice-dunking, this lean fish is sought out by sushi chefs because of exceptionally rich taste. Next time you find yourself at a sushi restaurant, order this fish – just for the halibut. 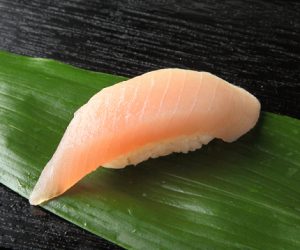 Albacore tuna, the bluefin’s smaller cousin, has a more delicate flesh and smoother texture because it lives in warmer parts of the sea. Sushi chefs utilize the tataki method – a quick grill to cook the outside, followed by an ice water dunk – in order to further concentrate the albacore’s flavor. Check this fish out – contrary to common belief, it’s not rotten to the albacore. 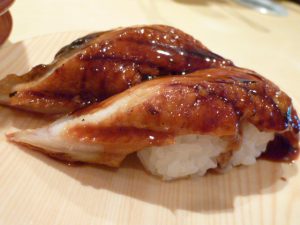 While not your typical run-of-the-gill fish, eel, or unagi, is a relatively popular fish among sushi chefs. Often roasted over charcoal, chefs like to prepare and serve freshwater eel brushed with a sweet soy sauce made with a stock that is made from the simmered bones and heads of the fish. Full of vitamin B and fatty flavor, freshwater eel is off the hook. 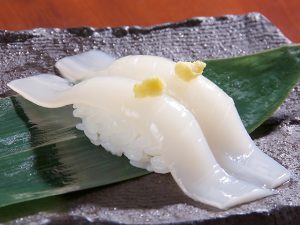 Beyond the fried-goodness that is calamari, many people are intimidated by the squid prepared in other forms, like sushi.

However, sushi chefs agree that squid is underrated. Its funky texture and delectable umami flavor (the same meaty umami elicited by a burger) classify it as one of the best fish for sushi. Get over your fear of tentacles, and squiddy on up for this fish. 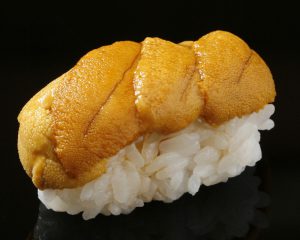 While not an inherently obvious choice for sushi, sea urchin, or uni, is another hidden gem buried underneath its salmon and tuna counterparts in the sushi world. But sushi chefs certainly don’t count it out. Its edible golden ovaries give rise to a buttery texture that produces a desirable melt-in-your-mouth effect. If you’re urchin for non-fishy sushi, opt for the uni. 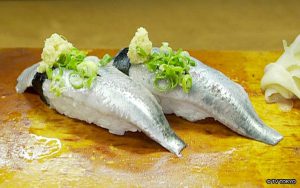 Sardine sushi?! Indeed. Also known as iwashi, this sushi rendition is rarely seen in the U.S., but it is a delicacy in Japan. While not the most glamorous fish, if prepared correctly, sushi chefs sing its praises. Underrated, maybe, but definitely not lacking in nutrients and deliciousness. Sardines – stay in schools – or you might accidentally end up over a bed of warm rice in between two clumsily held chopsticks, en route to my awaiting face-hole.

Sure, there are many fish in the sea. But these fish are the best of the best fish for sushi.